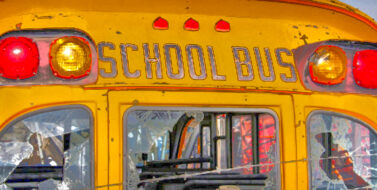 Two School Bus Accidents Take Place In Chicago
Alcohol and Causing Personal Injury: Immediate Vehicle Seizure!
This weekend alcohol will cause a hangover unseen in the new movie
If you were injured in a trucking accident in Chicago, Berwyn, Oak Lawn, Cicero, or a nearby community, call the injury attorneys at Lloyd Miller Law for a free consultation.

The Illinois Supreme Court recently handed down a decision affecting the liability of social hosts.

In Bell v. Hutsell, Daniel Bell, an 18-year-old man, consumed alcohol at a friend’s house during a party and soon after, he died in an automobile accident. Bell’s family filed a wrongful death lawsuit and the case found its way in the hands of the Illinois Supreme Court. The court was posed with deciding whether the parents of Bell’s friend who threw the house party could be held liable for his death under the theory of social host liability.

The lawsuit alleged that since the parents of Bell’s friend knew that there was underage drinking at the party held in their house, but did not do anything to stop it, they were liable for Bell’s death. However, the court concluded that the parents of Bell’s friend did not have a legal duty in Illinois to prevent underage drinking on their property. And since they had no duty, they could not be held legally responsible for Bell’s death. The court dismissed the lawsuit without awarding damages.

Generally, under the theory of social host liability, adults who serve alcohol to minors (or to a person who is clearly intoxicated) can be held liable if the minor is injured, killed or kills or injures someone else.

However, social host liability laws vary in each state. Some states only assess liability to alcohol served to minors; other states rule that hosts are only liable if they serve obviously intoxicated persons.

However, as outlined in Bell, adults who simply allow or permit minors to drink on their premises in Illinois cannot be held liable under the law.

In the wake of the holiday season, understanding specific social host liability laws in your state is recommended.